If there is one thing that is universal, it is love. It won’t be long until February will bring that special day honoring love – Valentine’s Day. Nothing describes romance like a love song and most songs are about love – all kinds of love. First love, young love, unrequited love, a second chance at love, breaking up and making up, broken hearts and that indescribable feeling when you have found “the one.” We asked our vendors to tell us their favorite love songs and also found some great album covers in the process. If you think that the fellas aren’t romantic, well, we also heard a few love stories too!

Let us know what YOUR favorite love song is and see you in February!

Derek Shaw and one of his classic albums!

Our great announcer and vendor at every show is Derek Shaw (above). He has a wonderful story. When Derek went to college he told his girlfriend that she should date other people because he didn’t think it was fair that she sit home while he was away. Unfortunately she misunderstood and thought he was breaking up with her. As DJ for his college radio station in Ohio, he played Precious and Few by Climax and dedicated it to his girl back in Pittsburgh whenever he was spinning the tunes at the station. Ironically she never knew because it was a local station and couldn’t listen. Time passed and Derek recently reconnected with his sweetheart. At his college reunion, he played the song for her as he did so many years before.

Heart cover but not the group! 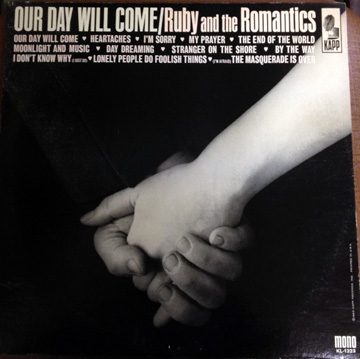 Our Day Will Come. This album has it all!

Al Ercolni, Jr: This Will Be Our Year by The Zombies (He dedicates this to his wife!)
Bill Cox: Warm and Tender Love by Percy Sledge
Chris: Chances Are by Johnny Mathis
Jim: You Were Always on My Mind by Willie Nelson
Jim Kuppers: Image of a Girl by The Safaris
Gary Levine: Violet for Your Furs by Frank Sinatra
Todd Sampson: A Long and Lasting Love by Crystal Gayle
Chris Lodwick: The Air That I Breathe by The Hollies (This was Chris’s wedding song and he sends a special Valentine greeting to his wife!) 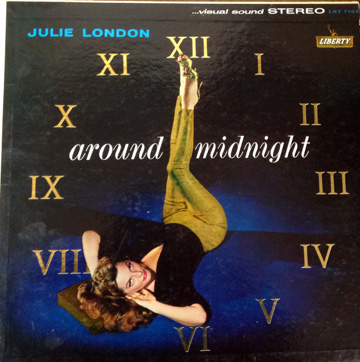 The sultry Julie London knew how to deliver a love song!

Roger House: Slave to Love by Bryan Ferry
Tom Roszak: At Last by Etta James
Brian Butts: Like the Seasons by The Turtles
John Wood: Hello It’s Me by Todd Rundgren (Editors Note: Had to choose this one out of the four given because it was also the song that my first boyfriend called “our song.” We were all of 16 and remain friends to this day!)
Frank Ruehl: For Your Precious Love by “The Iceman” Jerry Butler
From an Attendee: Color My World by Chicago
John and Tanya Hertzog: Let Me Call You Sweetheart 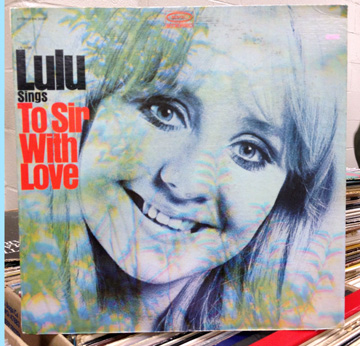 A Classic from Lulu!

Three Ounces of Love was little known trio of sisters who recorded for the Motown label. This is a little gem of a record from 1978.

Bob Becker: If I Fell by The Beatles
Dave Weber: Close to You by The Carpenters
Rick Noll: My Little Red Book by Love
Lori Henderson: Evergreen by Barbra Streisand
John Brehm: All Out of Love by Air Supply
Joe Musgrove: For No One by The Beatles
Joe Schreyer: Somos Los Novios “We Are Dating” (Editor’s Note: Sorry I could not
find a a video for this.)
Bill Martin: I Love You by Steve Miller Band
Harry Kubilius: Silly Loves Songs by Paul McCartney and Wings
Tom Engle: I Do Love You by Billy Stewart