Spring is just around the corner and this year, St. Patrick’s Day falls on the same day as our Sunday show! Put on your green (and don’t forget to bring your green) and maybe you will find that elusive pot of music gold! Come by this Sunday, March 17 at the Arbutus Fire Hall from 9 am – 3 pm. Admission is always FREE! We hope the lovely ladies might serve some Irish treats like last year but the food is always good with great breakfast and lunch options.

There was a packed show in February. Janet was lovely in red, celebrating Valentine’s Day. We look forward to seeing her decked out in green!

We also had some special guests from upstate New York in February. They both love the show and try to make it at least once a year since it is quite a trip for them. Perhaps that is why the hall was jumping! Jack Skutnik and Tom Konopka hail from Binghamton and Rochester respectively. Like all collectors, they started very young. Jack began collecting at five years old when he bought the “Teddy Bear’s Picnic.” He loves the Arbutus Record Show and has come down for the past 10 years with tons of great music. Jack started doing shows in the 80s and is now up to around 18 a year – including producing five shows of his own. 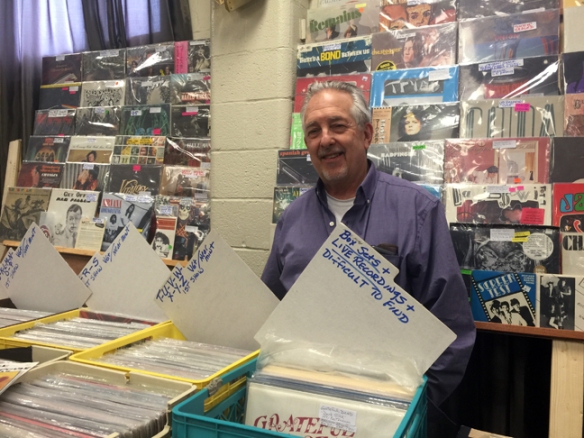 Jack Skutnik participated in our show in February. He hails from Binghamton, New York.

Tom drove seven hours down from Rochester and had a huge display of great music at his booth. He started collecting when he was a teenager. After a few years of being “Mr. Mom” to his daughter, he started doing shows. About half of his own collection is jazz and the rest crosses all genres. We wish they were closer but love having both of these friendly and knowledgeable vendors visit our show at least once a year! 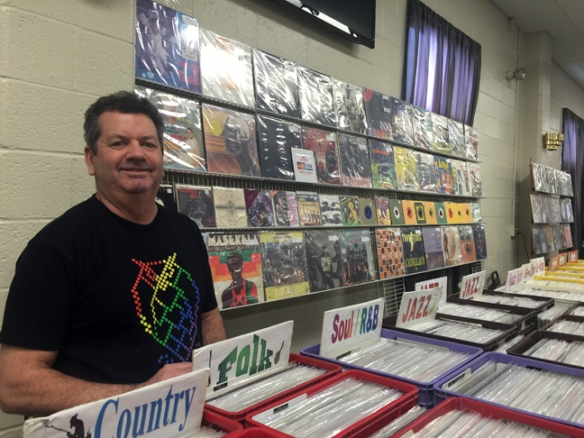 Tom Konopka from Rochester, NY shows off his booth of extensive music offerings.