We can’t wait to see you back Sunday, February 20 at the Arbutus Fire Hall from 9 am – 3 pm. Admission and parking are ALWAYS FREE!  Our first show of the new year in January was a success, just beating the snow! Even though it’s past, any time is a good time to get something for your special Valentine. You can also celebrate Black History month with the great legacy of Black musicians. Since it’s a holiday weekend before Presidents’ Day, come spend those “presidents!”

There has been much debate about the Rock and Roll Hall of Fame nominations this year but they cover all genres and there is something for everybody, just like our show! We have it all from records, tapes, CDs, DVDs to books, posters, T-shirts, figurines, buttons and so much more for every musical taste! Here are some samples of what you could find at the show:

We are back with our record show on Sunday, September 19! Join us at the Arbutus Volunteer Fire Department Hall from 9 am – 3 pm. As always, NO admission and plenty of FREE parking! There is still no food available yet at the hall, so please remember to bring your own food and drinks. Masking is recommended.

Last month’s show was amazing! We had a very special guest vendor, Kathy McCabe, the producer of an amazing award-winning 2013 documentary, Good Ol’ Freda about The Beatle’s devoted and loyal secretary, Freda Kelly who waited 50 years to talk about her experiences. It was also first independent film to have successfully licensed original Beatles recordings (4), including “I Will” and “I Saw Her Standing There.”

Kathy McCabe is an award-winning photographer and Beatles expert with widespread experience in the music industry. She has worked as a publicist and manager, a music video and album producer, and also a recording studio manager. She initiated and engineered the production of Good Ol’ Freda. Kathy was so lovely to talk to! Along with selling copies of the DVD, she was also selling a few gems from her own massive Beatles collection. We hope to see her again at another one of our record shows!

Kathy is actually a Baltimore girl from Catonsville who now lives in Alabama on the Gulf Coast. She met Freda in the 1970s and became a good friend. Forty years later at a family wedding, Freda decided to open up to Kathy about her experiences. She said she wanted her grandson Nile to know what she had done in her youth. Freda was also the president of The Beatles fan club and gave away all of her Beatle memorabilia after the group disbanded. Freda is currently involved with an upcoming film about Brian Epstein – she was also his secretary. The most important thing to her was meeting Beatles fans all over the world. Freda still lives outside of Liverpool and over the years, Kathy has visited her often. 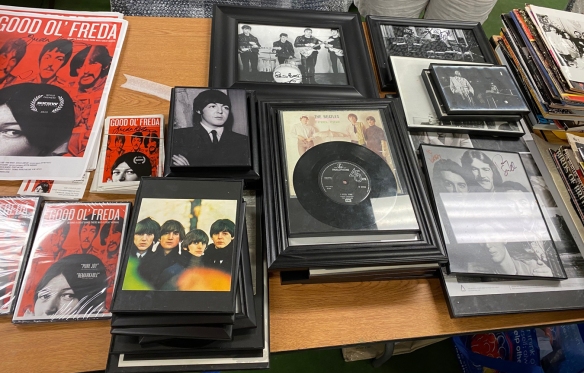 “Freda had just graduated from school and was working her first job as a secretary, as a typist, at a food cannery; and two of the guys from upstairs, two of the accountants, took her to the Cavern during a lunchtime session. She’d never seen The Beatles or heard of The Beatles, and they used to play the lunchtime sessions every day in Liverpool. So they took her for her lunch break, and she fell in love right away, and started going every single day; I think she saw The Beatles like 180 times during their lunchtime sessions. So The Beatles became familiar with Freda always being in the audience, so when it became time to hire a secretary, they knew that there was this girl that was always there, and she got hired. She was 17 years old.”
– Director, Ryan White

For more information, go to goodolfreda.com

for more information, go to 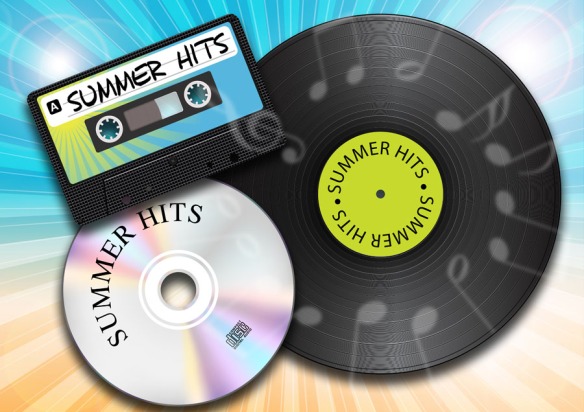 We are BACK with a very special JULY SHOW — Sunday, July 18th! Cool down and look for fun, summer tunes to rock your next barbecue or vacation! The show runs 9 am – 3 pm, and always FREE Admission with FREE and ample parking. It was great to see our fearless leader, Frank, last month, thankfully on his way to recovering from Covid.

Returning from last month’s show is Howard Dinkel and his fabulous tie-dyed T-shirts, scarves, and shirts! 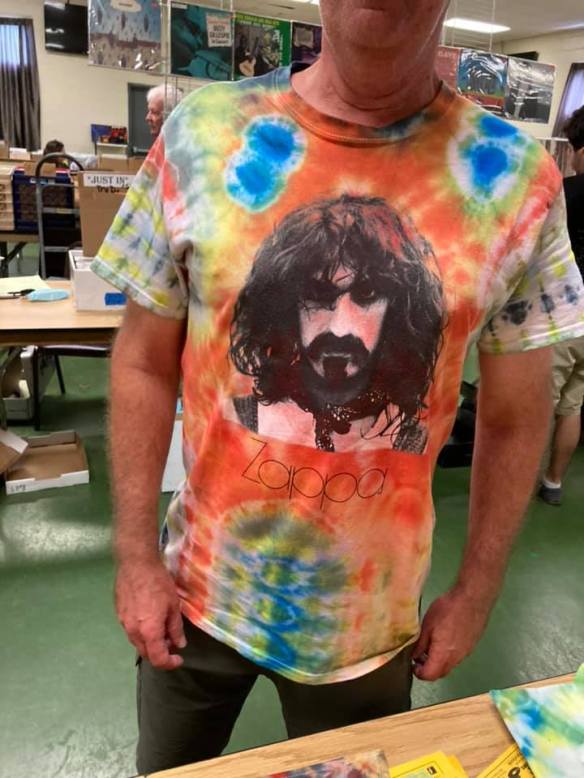 We have it all!  See below some of the things you may find this weekend. See you there! 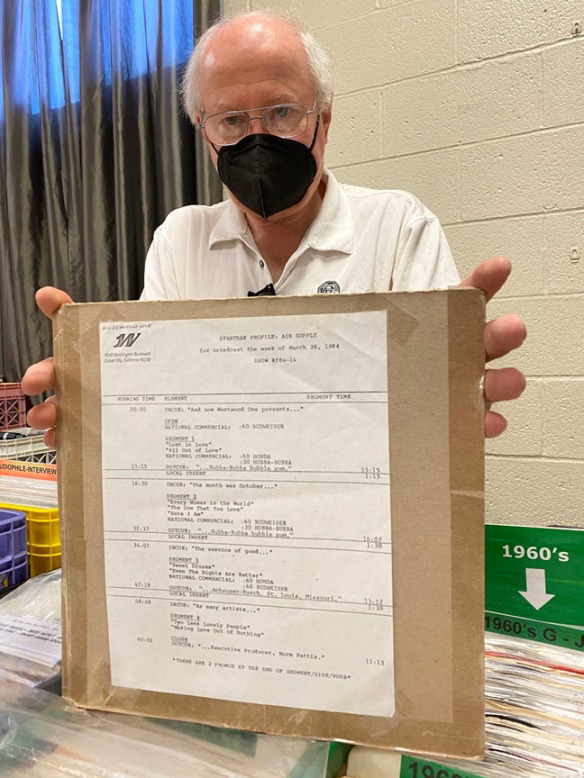 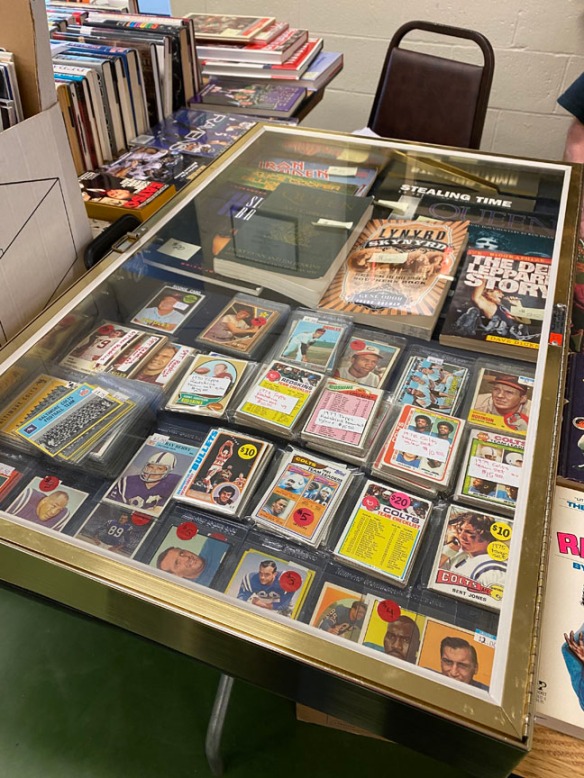 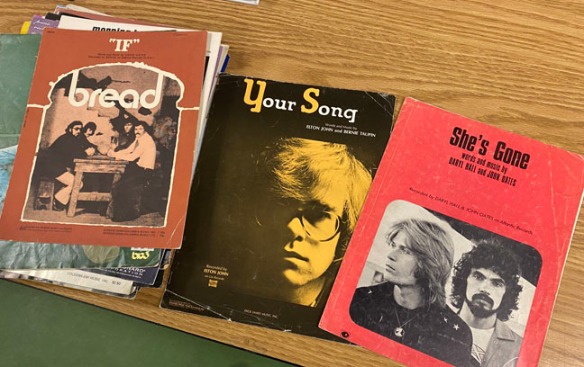 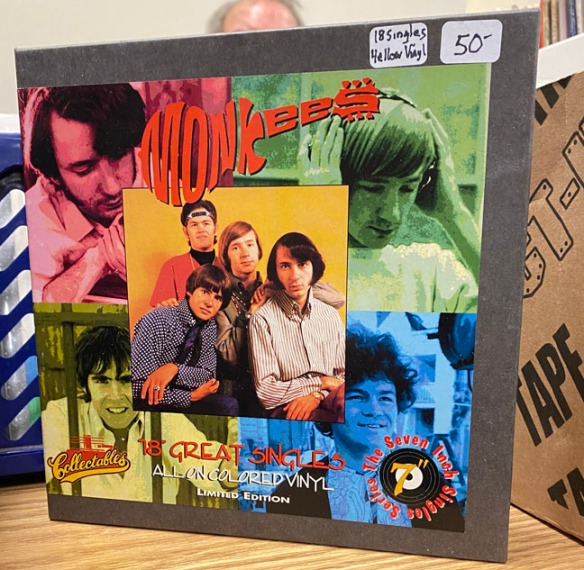 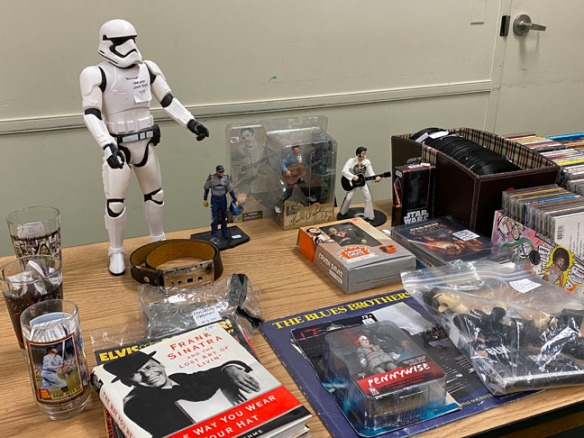 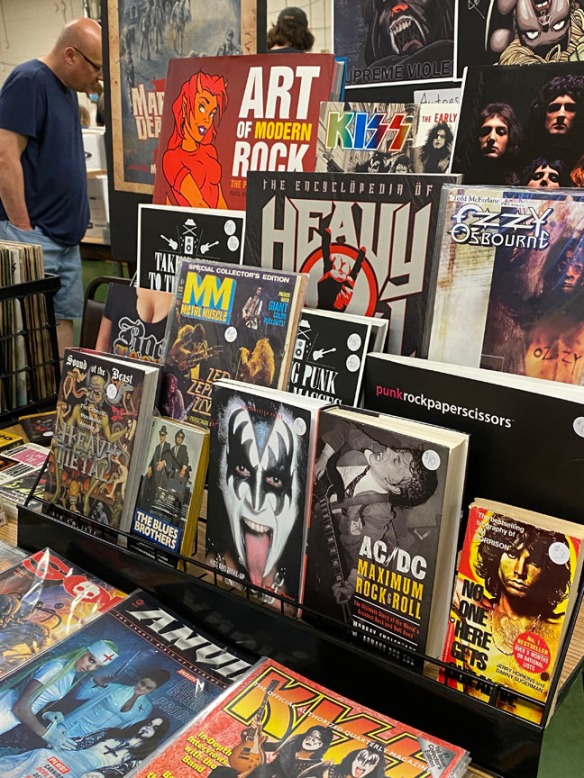 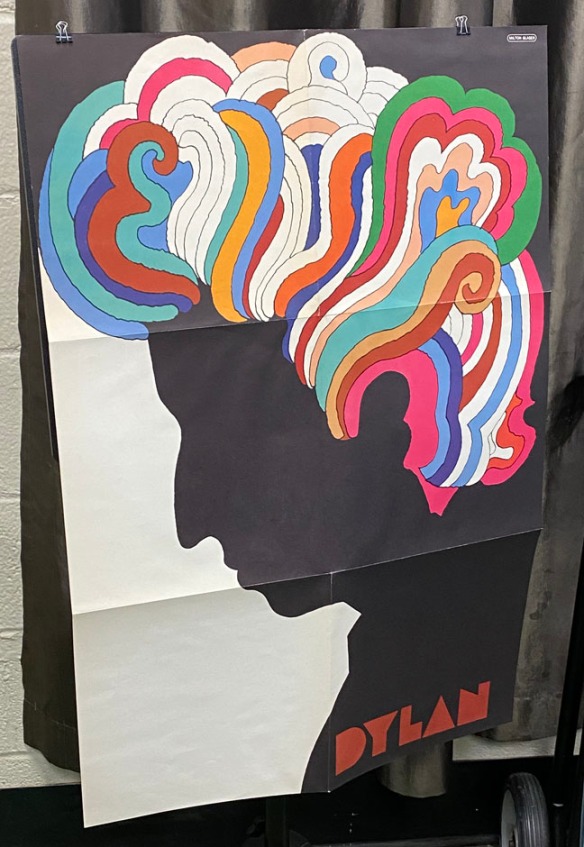 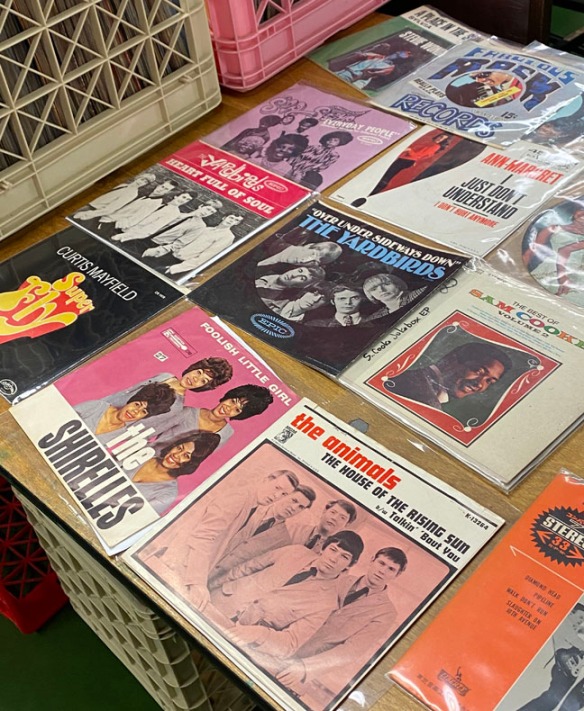 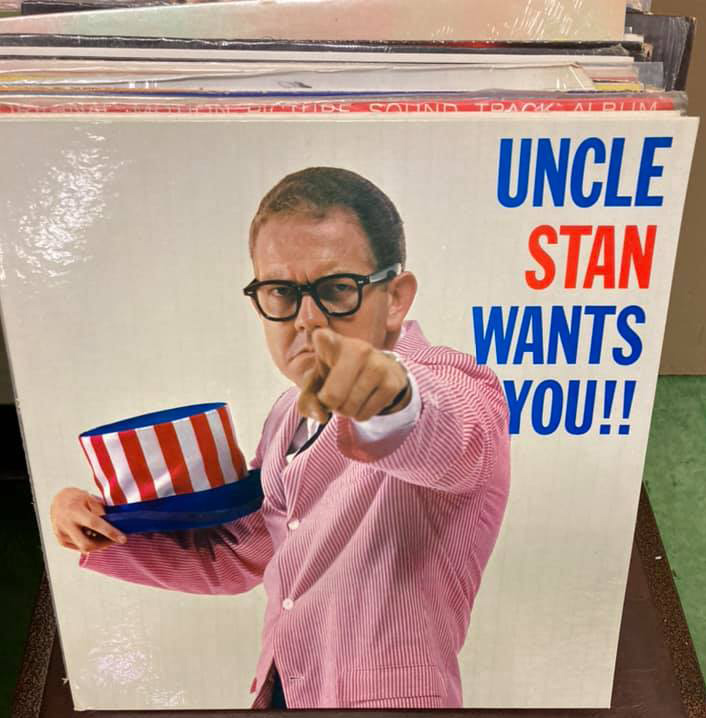 Beat the heat and get HOT music deals at the special 4th Sunday show, MAY 23! Hours are 9 am – 3 pm and ADMISSION is always FREE! Plenty of FREE parking at the COOL Arbutus Volunteer Fire Department Hall. Masks are still required. Bring your family and friends to pick up rockin’ tunes for your Memorial Day celebration! The Arbutus Record Show is held at the Arbutus Volunteer Fire Department Hall located at 5200 Southwestern Boulevard in beautiful Arbutus, MD.

We had a wonderful show in April and Janet took some great photos of our visitors and vendors in their fun T-shirts. Do you have a favorite T-shirt from a concert back in the day that you still wear? We would love to see you in them on May 23! 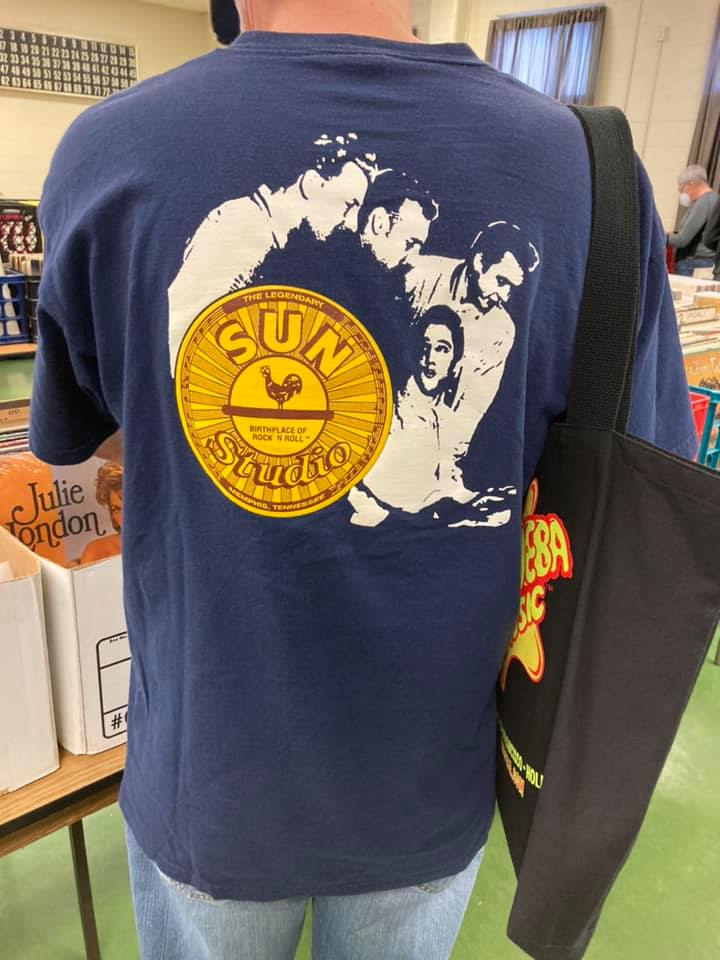 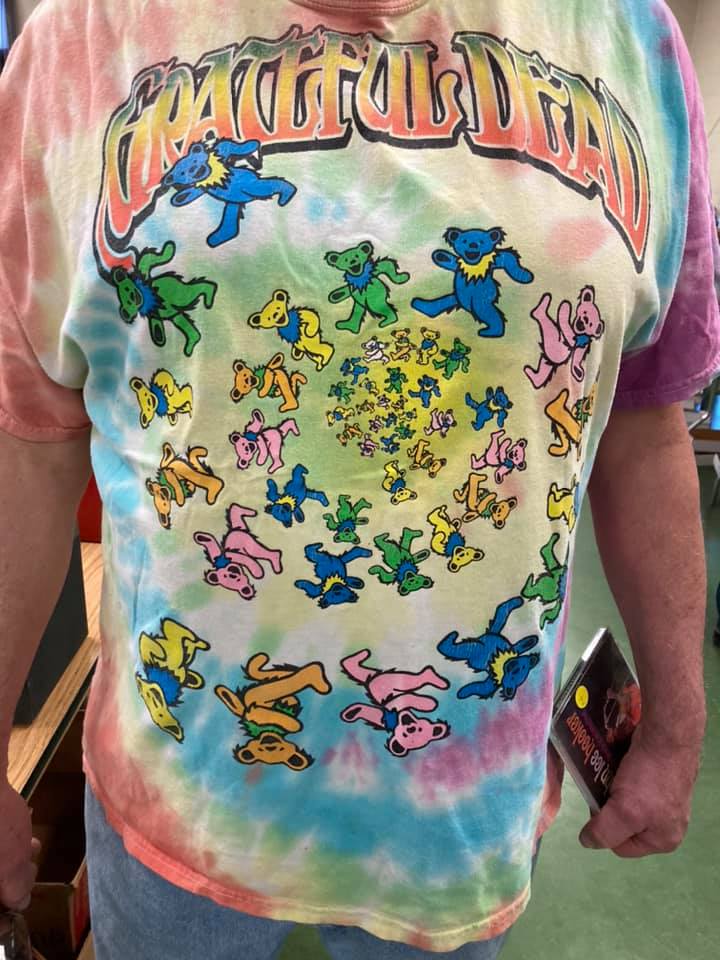 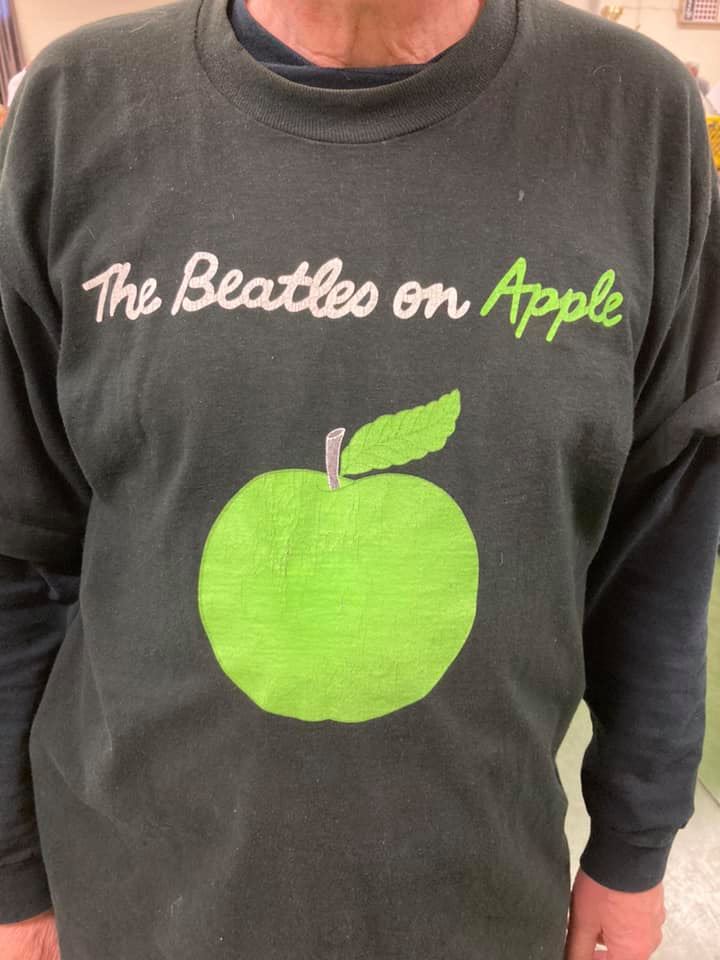 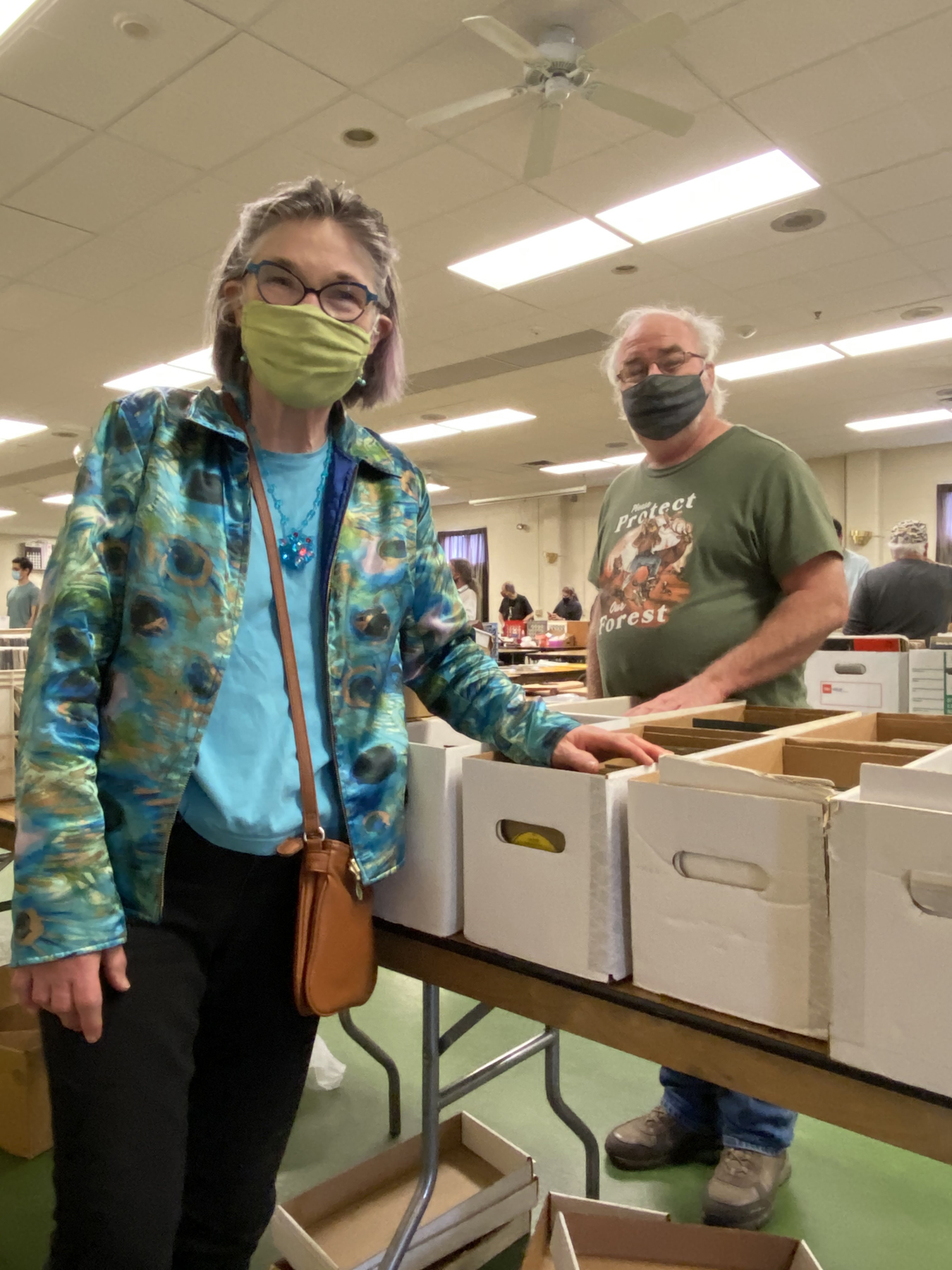 Our fearless leaders, Janet and Frank!

Spring is finally here! Deals will be blooming at our next show, Sunday, April 18, at the Arbutus Fire Hall from 9 am – 3 pm. Admission is FREE and parking is FREE! This is our normal third weekend of the month since the spring holidays were early this year. We still have to wear our masks in compliance with the state law and safety for everyone. Please continue to MASK UP,  socially distance, and bring your own food and drink.

Last month’s show was AMAZING with such a great crowd all day long. It was also a wonderful opportunity to get some great photos as well of lots of the great finds at the show!
Yes that fuzzy creature holds 45s! 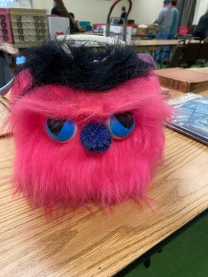 We had the opportunity to meet Lou Vlangas, who partners with our wonderful announcer, Derek Shaw at the Keystone Record Collectors show, the Pennsylvania Music Expo, every month (usually the weekend before the Arbutus show). Lou is the show coordinator, announcer and does the table reservations. At our show in March he showed up with a gem! The first 45 record every pressed, recorded by Arthur “Big Boy” Crudup – and it’s even color vinyl! 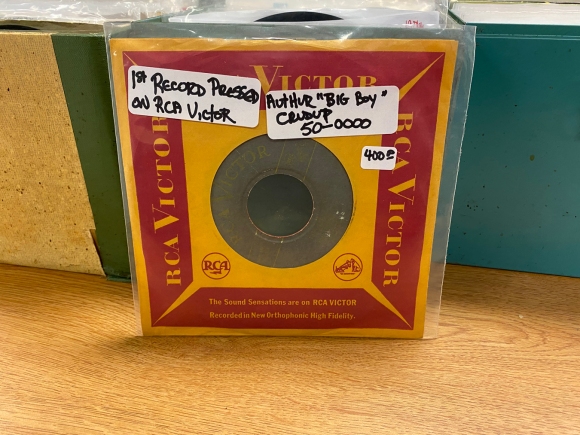 Lou’s partner in crime, Derek, at his usual spot at the entrance of the Arbutus Record show. Both are great guys!

Spring is just around the corner and so is our March show! This month it is the fourth Sunday! Come by Sunday, March 28 at the Arbutus Fire Hall from 9 am – 3 pm. Admission is FREE and parking is FREE! We had a great show in February but, alas, all the great photos taken were lost when the old phone just couldn’t go on. I have a new one and ready to shoot lots of great photos at the March show. Below are a couple of Janet’s great shots.

Even though we hope many of of you have or will be getting vaccines, we still have to wear our masks in compliance with the state law. Continue to MASK UP,  socially distance, and bring your own food and drink. We will have lots of great vendors and music treasures. 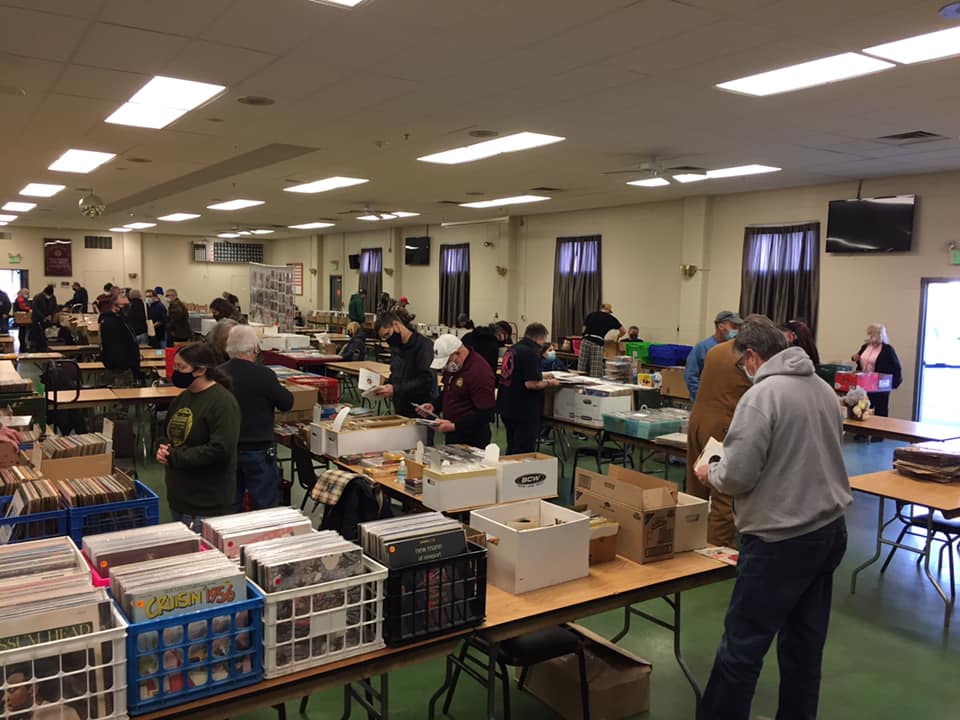 Remember the days when you sat listening to your favorite song on the radio so you could tape it on your cassette player? Remember all those favorite mix tapes? We can thank Dutch inventor, Lou Ottens, who passed on March 6, 2021 at the age of 94. Not only did he invent the audio cassette, he also invented the CD player! The chart below, credit to Forbes India, illustrates his contributions. Where would music lovers be without him? We have lots of dealers who sell both cassettes and CDs.

The first-ever July show was a success and we are back with our regularly scheduled show on Sunday, August 16! Join us at the Arbutus Volunteer Fire Department Hall from 9am – 3 pm. As always, there is NO admission and plenty of FREE parking! 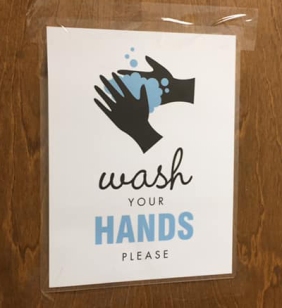 Our our great vendors are returning! We will still be following COVID safety precautions, so please bring and wear your mask at all times. The vendors will be socially-distanced around the hall. Hand sanitizer will be available, as well as face masks (if you forgot yours).

Still no food available yet at the hall, so please remember to bring your own food and drinks.

There was a celebrity in our midst at the last month. Desmond Moulton is an award-winning conductor, vocal music educator, and a Neilsen SoundScan-charting singer/songwriter from New York City. His new album, “Happiness is Priceless,” recently debuted at Number 4 on the Nielsen SoundScan Reggae Chart. Desmond helps colleges and choirs recruit and keep great singers and musicians while also empowering singers and musicians to succeed in the business. We wish Desmond all the best! 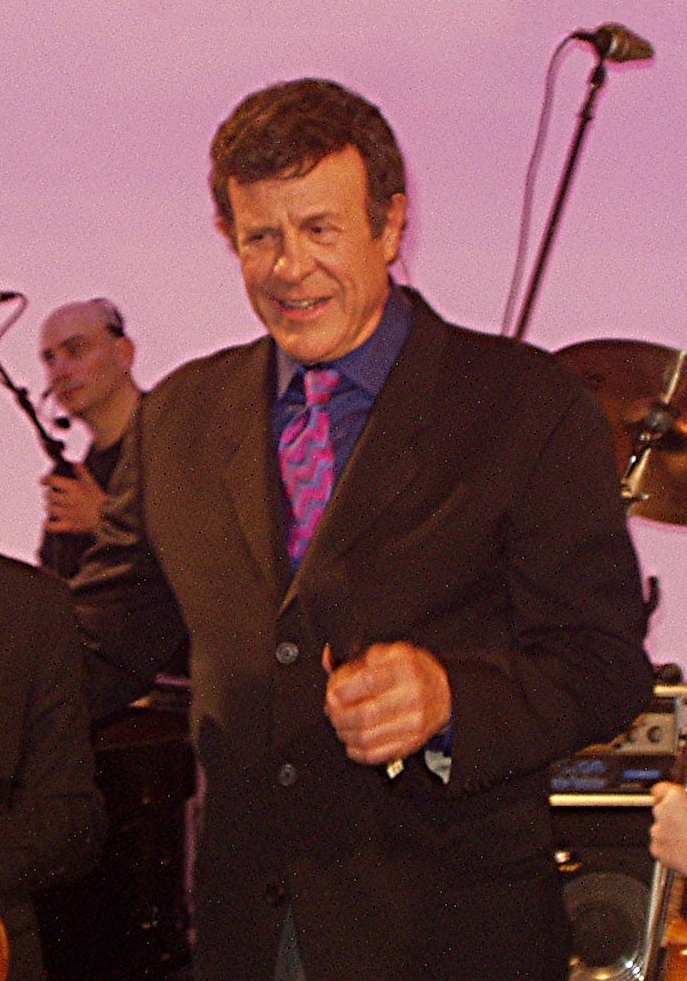 In other exciting news, the legendary New York DJ, Bruce “Cousin Brucie” Morrow is returning to radio on WABC 77 AM Radio in NYC on September 5th to spin those classics of rock and roll! For more about this icon, check out this story here! We know all the good things come back again. Congrats, Cousin Brucie!

Please check out upcoming shows for the rest of the year posted under our “About” tab on our homepage and our flyer which is available at the show.

Check out the variety of finds awaiting you at the show! 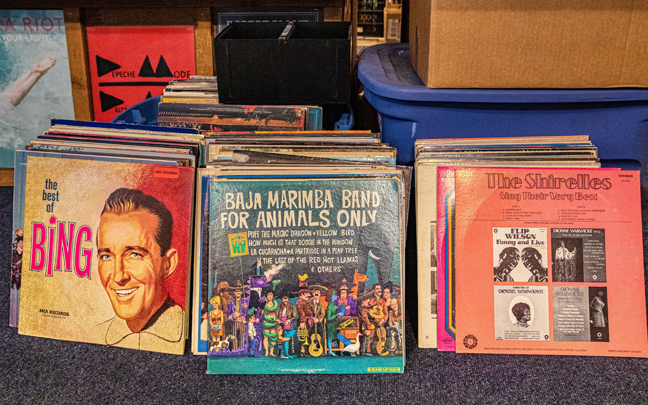 It’s true! After four months, we are back with our first July show ever! Join us Sunday, July 19 for a big return. Same time same place –  9am – 3 pm at the Arbutus Volunteer Fire Department Hall. After missing our our great vendors and buyers, we are doing this per the safety requirements of the AVFD. There will also be more open spacing around the dealers. We can’t wait to see all of you!

Here is the list of facts and precautions from the Arbutus Volunteer Fire Department:

What did you listen to while we were away? I stumbled upon a couple of genres of music that I missed in the late 80s and early 90s. One was surprisingly local, coming out of of the post-punk era in Washington, D.C. This music had a greater emphasis on melody, dynamics, and lyrics about emotions. Thus EMO was born. Panic! At the Disco is probably one of the more recognizable and hugely successful bands, with lead singer Brendon Urie and his astonishing range – the only remaining, original band member. He caught my attention in a quarantine performance with Jimmy Fallon and the Roots in a wonderful version of David Bowie and Queen’s “Under Pressure.”

Another wonderful discovery was a genre known as Acid jazz which originated in the London club scene of the mid-1980s and combined elements of jazz, soul, funk, and disco. I probably was aware of it but saw it more as a form of jazz. A really fun and grooving band from that era and still going strong is Jamiroquai.  They formed in 1992 with frontman, singer-songwriter Jay Kay and have won countless awards. Here is a perfect summer song, even though June has passed – “Seven Sunny Days in June.” Any new music discoveries for you these past few months?