Hard to believe summer is finally HERE! Don’t forget to make some time in between family celebrations and honoring our military heroes and visit us this Sunday, May 26 for some great summer music finds! Come to our home at the Arbutus Fire Hall from 9am – 3pm and remember, it’s always FREE!

We will have the full complement of our great dealers who promise to bring loads of fabulous music items. The gals in the kitchen will be cooking up some great food for breakfast and lunch.

April’s show was another success and we found some really interesting items including some rare Beatles items, Star Trek Book and Record sets, a guitar, and so much more!

We look forward to seeing you there! 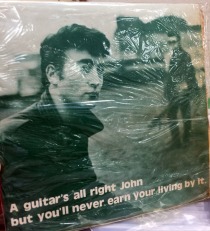 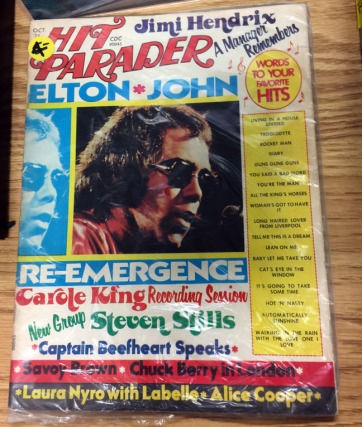 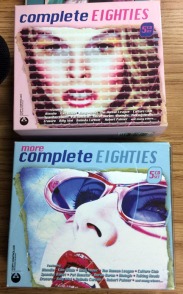 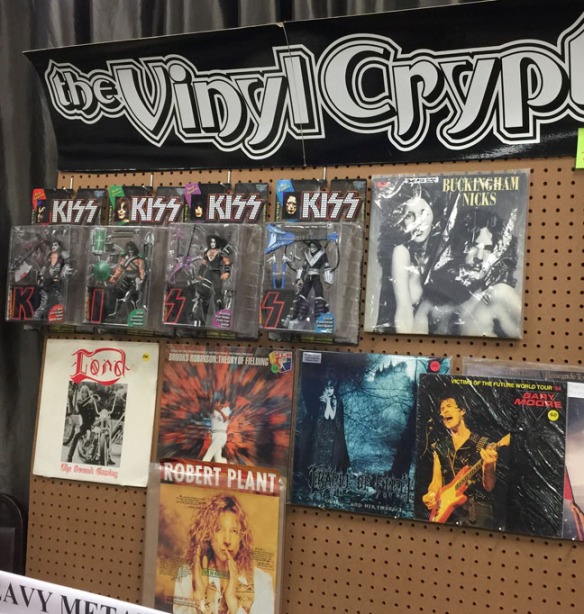 It was a great show last month as we celebrated the very special 25th anniversary of one of our beloved vendors, Jack Supplee. Along with some other longtime vendors, Janet brought out all the stops with cake and libations to share with everyone. We feared Jack would retire but he is not going anywhere. Though he will have less tables, we are delighted that he will continue to participate in the Arbutus Record Show!

After a late winter blast, we are back this Sunday, March 19 to the Arbutus Fire Hall from 9 am – 3 pm. Admission is always FREE! We also have food on site, serving great breakfast and lunch options. Come by and say hello to Jack and all the other great people at the show!

Our first fall show is coming up this Sunday, September 20 and we look forward to seeing you there. It’s always FREE and we are open 9 am – 3pm! We had a great show in August after the summer July hiatus – lots of goodies and new items from our vendors and a great turnout by music lovers.

One cannot help but notice the artistry that is rarely found these days. First some fun. Remember the campy and fun TV series in the 60s – Batman and Robin? They made a record soundtrack and it is a rarity. 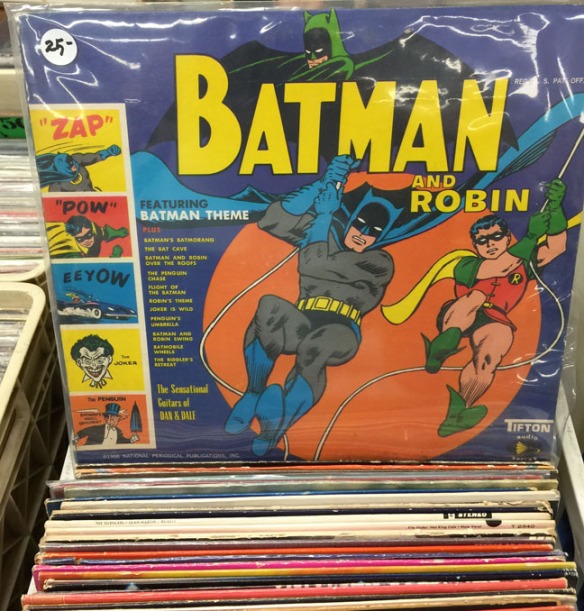 Below is a gorgeous poster for the band, Creedence Clearwater Revival, by the famous rock poster artist, Dail W. Beeghly, done in the 1960s.

We also found some great sheet music from more 60s bands including The Monkees, The Mamas and the Papas, The Rolling Stones, and The Royal Guardsmen.

Our own Frank Ruehl had a another great treasure – four prints of The Beatles, illustrated by the distinguished artist, Nicholas Volpe. He painted portraits of many famous celebrities and world leaders. He won a Golden Grammy in 1958 for Best Album Design for Frank Sinatra’s record “Only the Lonely” and had a lifetime contract to do the portraits of the actors and actresses who won Oscars for Best Performance each year. Volpe also completed portrait commissions of President John F. Kennedy, British Prime Minister Winston Churchill, General Dwight D. Eisenhower, and President Ronald Reagan.

These drawings were originally done in pastel on black paper. There are also notable because the first sitting for these drawings was done shortly after the band had come to New York City in 1964 for their historic performance on the Ed Sullivan Show. The final sitting took place in Las Vegas. Capitol Records created posters from the final illustrations.

Join us this Sunday for our special Memorial Day Weekend show! Spend a little time with us in between celebrating with family and friends and honoring our brave men and women in the arm forces for their service to this country. The show hours are 9 am – 3pm and always FREE admission. All our great vendors will be returning with great finds of all kinds. Don’t forget to check out our DIRECTIONS section for some updated information about getting to the venue due to highway construction.

At last month’s show, we found some great treasures with a distinctively British flavor. That fit in well with a special week for this editor – more to come about that! But first some of our great Brit finds!

Not for sale (sadly) but a precious collectible of one of our vendors. This is the very first edition of what would become the iconic Rolling Stone Magazine, the bible for everything music. It was November 9, 1967. The photo on the cover was Beatles’ John Lennon, from the World War II comedy, How I Won the War,  in which he starred that year.

This is a very rare find from another Beatle, Paul McCartney, although the artist credited is The Fireman. Producer Youth, a member of Killing Joke, remixed McCartney’s material that eventually produced the album, Off the Ground, and from Wings’ 1979 Back to the Egg. Neither are credited on the album but EMI confirmed their participation. Released in 1993, this clear vinyl double LP is entitled Strawberries Oceans Ships Forest and was a techno, experimental  effort. Sounds interesting!

Among some DVDs of the Yardbirds and Pink Floyd, we found wonderful collection of Elvis Costello’s first three albums and rare to find in vinyl. He issued his first three albums in 16 months and here they are  – My Aim Is True, This Year’s Model, and Armed Forces – brought together in one boxed set called 2 1/2 Years.