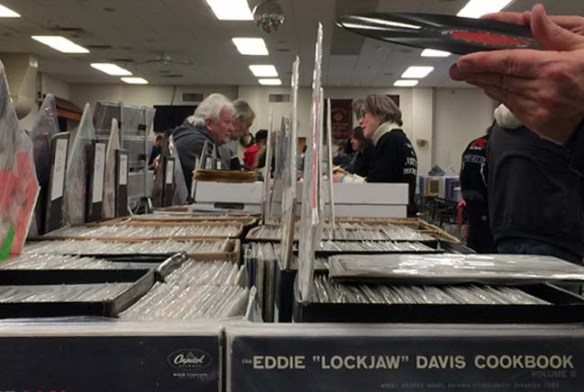 Chatting with one of our vendors, couldn’t resist taking this cool photo.

Join us this Sunday, February 16 at the Arbutus Fire Hall from 9 am – 3 pm. Admission is FREE! The ladies in the kitchen will also offer great and reasonably priced breakfast and lunch options.Our first show of the new year in January was a whopping success! There are so many holidays in February (and it’s a leap year). You can still get something for your special Valentine and celebrate Black History month with the great legacy of African American musicians. Since it’s the day before Presidents’ Day, come to the show and spend those “presidents!”

The pendulum swings back! Vinyl rules but at our show,
we also have everything in between.

Just look at what we at the January show (and there will be tons of interesting  finds this month!):

Did you know colored vinyl records have been around since 1920? Here are samples from a rare Japanese Bobby Vee record to the British, 80s pop group, Bananarama. 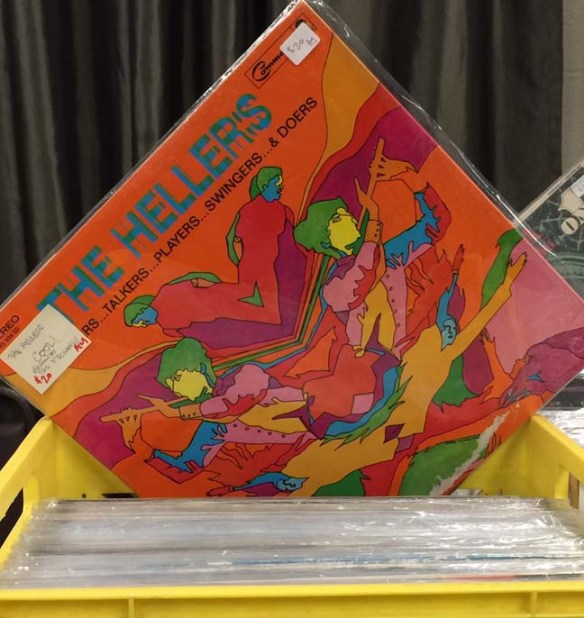 This is a unique and colorful from 1968. The Hellers‎– Singers…Talkers…Players…Swingers… & Doers, as described by Amazon: “…strangely fascinating album from 1968. Overseen by Jingle composer Hugh Heller and arranger Dick Hamilton (with some help from Robert Moog), this zany album merges sunshine pop with early electronics and spoken word to unique effect.”  (and that price is a steal!) 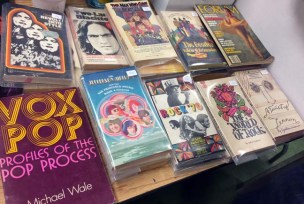 A selection of wonderful and diverse books about music. 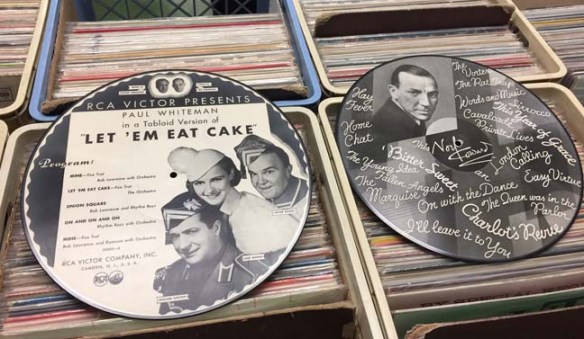 A couple of early picture discs. 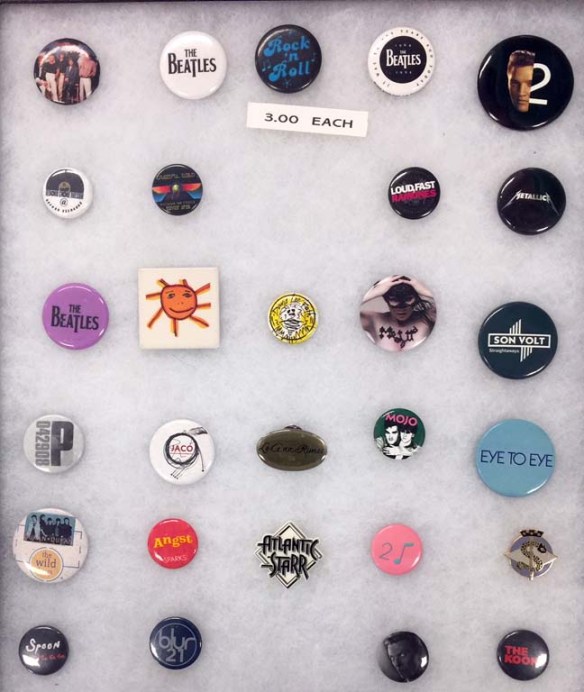 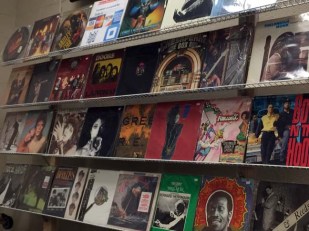 Some great displays by our vendors.

Boxed sets – among them, The Doobie Brothers who were
FINALLY inducted into the Rock and Roll Hall of Fame!

Sadly we lost a great one on January 19th.  A legend, jazz saxophonist Jimmy Heath, aka “Little Bird,” was also a composer, arranger, teacher, and big band leader with his two brothers. He was 93 years old. Heath played with the likes of Miles Davis and Dizzie Gillespie. In 2003, the National Endowment for the Arts named him a Jazz Master.